We are still shipping orders daily to keep the BMX stoke on these difficult times!

2 years ago Larry Edgar Sem Kok
The 2018 Vans BMX Pro Cup wrapped up in Malaga, Spain this past weekend at the Ruben Alcantara Park! Some of the best riders in the world were at this contest, throwing down amazing riding all over the place! Larry Edgar ended up taking 6th place in finals and Teresa Azcoaga ended up taking 2nd place in the womens final! Overall, Larry and Teresa both had accumulated the most points from the U.S, Australia, Mexico and Spain stops, giving them the year end title for the 2018 Vans BMX Pro Cup Men's and Women's classes! Above is highlights from the Men's final, then you can find the full live stream from the Women's final below and photos of Larry and Teresa with their new championship belts!
Unfortunately Sergio Layos was unable to ride since he is still healing up from a crash at the Battle of Hastings, but he too found himself high up in the rankings for the year end title as well!

Also, huge congratulations to our AM rider, Sem Kok, who qualified in the regional qualifier for the Pro qualifier, which he then placed high enough to ride in the Pro finals where he ended up taking 13th place! Expect to see plenty more from Sem in the near future! He's been traveling a ton and a lot of riders are taking notice! 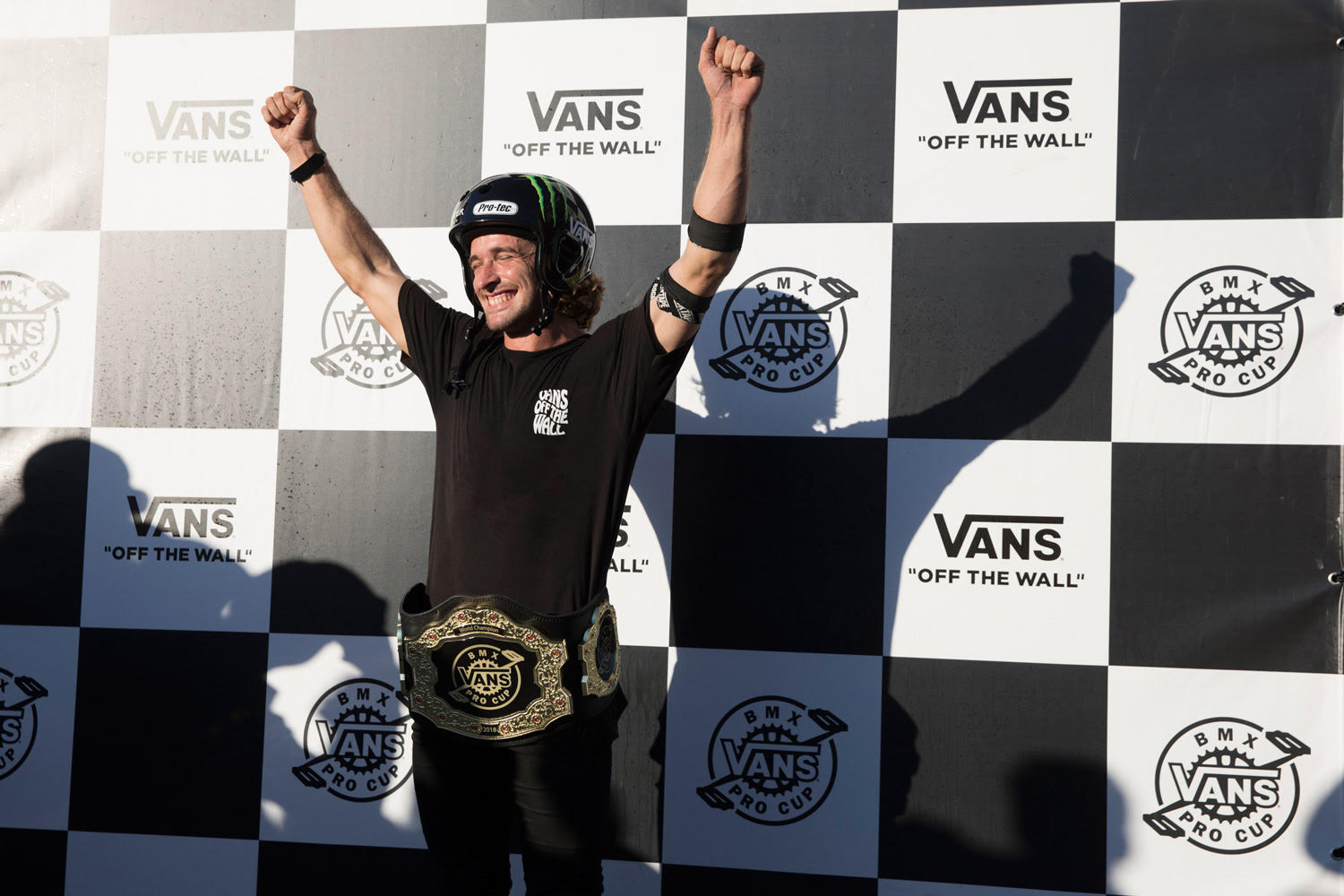